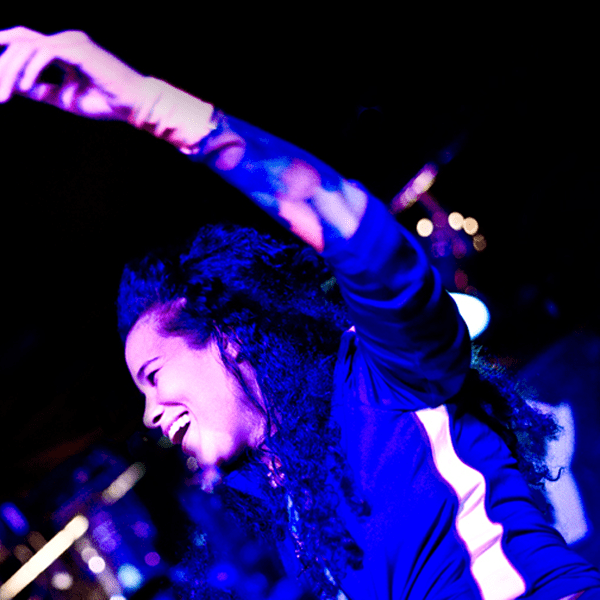 Bemshi’s critically acclaimed CD, Womanchild, put her at the forefront of innovation and was widely praised across the world. She performed two of its songs and a panel discussion with Jay Leno on the Tonight Show. The video, “Where's My Daddy” rotated on VH1 and BET. Her second CD, Mirror, filled with original compositions she penned and collaborations with the legendary Black Rock group, Family Stand, was hailed as the new R&B. You've heard her voice featured on dozens of commercial jingles...

Critically acclaimed artist, Bemshi, takes you on a journey, a stream of consciousness when you hear her sing. She is both soft and pretty like an angel and raw and gritty like a funky earth goddess. Her prowess includes a 5 octave range. Uncategorizable by nature, her sound is a mix of world - based in jazz, blues, and funk traditions. Throughout her career, Bemshi has been a musically innovative - merging different styles of music together with prolific lyrics on life, criticizing the wrongs of the society, and encouraging a better world. Her music has always been a healing experience.

Bemshi Shearer musical journey began as a child growing up around greats such as Dizzy Gillespie, Lee Morgan, John Coltrane, Thelonius Monk, Elvin Jones, Milt Jackson, Jon Hendricks, Duke Ellington, Ella Fitzgerald, Sarah Vaughan, Peggy Lee, Clark Terry, Max Roach, and many more. She wrote her first song at 14 years old and has been going ever since, appearing all over the world, bringing her music to people for over 30 years.

Her critically acclaimed CD, Womanchild, put her on the forefront of innovation and was widely praised across the world. She performed two of its songs and a panel discussion with Jay Leno on the Tonight Show. The video, “Where's My Daddy” rotated on VH1 and BET. Her second CD, Mirror, filled with original compositions she penned and collaborations with the legendary Black Rock group, Family Stand, was hailed as the new R&B. You've heard her voice featured on dozens of commercial jingles and voice -overs, including: Dove, Pantene, Cover Girl, Colgate, Pepsi, Volvo, Lincoln, Sprint, T-Mobile, and Nexium. She also performed with other artists such as LL Cool J, Kelly Price, Barry White, and Baby Face on David Letterman, Saturday Night Live, and Conan O'Brien.

Equally strong as an actor having done a variety of dramatic and comedic roles in theater and television, including starring in the hit play about the life and music of Billie Holiday, LadySpeakEasy, at world renowned, La MaMa Theater. Bemshi also worked with the legenday actors, Mary Alice, Carmen Delavallade, Yolanda Bavan, and singer, Cassandra Wilson in the play, Four to Four at the Manhattan Bridge Co./Prospect Park. Performance appearance in classic independent film, Downtown 81, starring Jean-Michel Basquiat. Comedic skits on Saturday Night Live, David Letterman Specials an Conan O'Brien.

Bemshi teaches vocals and jazz improvisation, privately and class, including one she developed - Chakra Vocals - for advanced and professional singers. The class incorporates a combination of vocal and stage skills, sound, color, breath and movement to strengthen, clear, and tone the body for better vocals, helping singers find their own unique vocal stylings. Bemshi was invited by Rodney Jones, Jazz professor at Juilliard, to conduct master improvisation classes to technically advanced students in need of a clear understanding of how to approach to creative self-expression.

Bemshi has been making music medicine for over 25 years and became a certified sound practitioner in 2006 at Tama-Do Academy with Fabian Maman. Study included sound healing and music therapy techniques, anatomy, Chinese medicine, tuning forks on acupoints and the meridians (like acupuncture using tuning forks instead of needles), healing modes and scales, color work with essential oils and silk scarves, Chi Gong, and ethics. Bemshi has also had the honor to study meditation with color and sound with Geshe Tenzin Wangyal Rinpoche, founder and director of Ligmincha Istitute, Tibetan Buddhism. Bemshi also supplemented her studies with various workshops: sound healing, aromathepy, depression and anxiety, and life coach skills, African sacred drumming for women with excellent teachers and at Kripalu, Open Center and the Omega Institute.

Bemshi has helped over 200 private clients and conducted music and wellness workshops in various studios, performance centers - anywhere she could and where there was need. Most notably, her Sound Healing workshop and JazzHeals Sound Baths - at National Black Theater of Harlem; The Joshua Tree Retreat and Wellness Center's Sunday Meditation and Wellness Services, presented by Arjuna; sound and color treatments at the Alternative and Psychic Healing Fairs at Star Magic, Yucca Valley, CA. Sound Healing concerts and Sacred Vocal Workshops at The Dome House, Joshua Tree CA; Sound Healing and Asali Flow, at Asali Yoga Studio in Harlem; and music therapy at Citizens Care for the Aged in East Harlem, Tim Hunter, director. Sound Healing workshop at the Knitting Factory; and performances with her band for Carnegie Hall/Weill Music Institute's Music Connections Program concerts for people in need.

As a result of the all the experience and knowledge Bemshi has gained as an recording artist, songwriter, producer, arranger, actor, sound practitioner, vocal coach and teacher - having done a numerous variety of wellness workshops, sound baths, lectures, private and group lessons for a variety of people with different needs, a great amount of information accumulated into one concise curriculum - Embracing the Legacy Music Wellness Program, including the innovative, JazzHeals Sound Baths, merging sound healing with live jazz music.

Although her work is effective and healing she does not call herself a healer. She is a facilitator - helping people to accept responsibility for the creation of health and gives them practical tools to help the accomplish that. Bemshi is also dedicated to helping artists develop and find themselves for authentic expression. Bemshi has full-circled back to her roots of jazz and is currently producing music for health and wellness with the healing of jazz. One sound can do more than a thousand words...

Bemshi performs healing music as much as possible, joining other musicians who are creating music for a better world community, raising consciousness all over the world. It is her belief that the resonance of conscious music counterbalances the ill effects of today's technological world. And without the artist there is evolution of humanity. One sound can do more than a thousand words...